When buying a bedroom, it is often unclear how it is made. Also, sometimes there are no clear understanding what are bed platform types, and when each one is better than another? 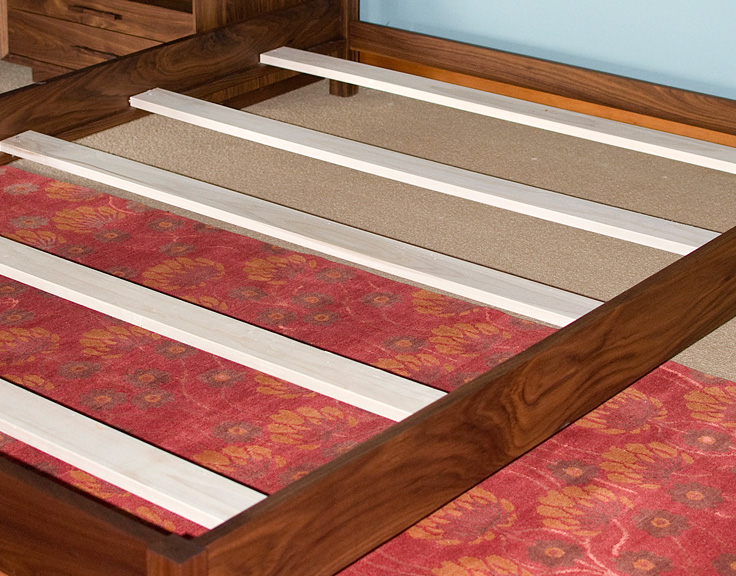 The wooden planks of same width and length that come between 2 bed rails are usually called a slats. Those are attached to extra inner rails that are also attached to outer rails. Slat platform system is the most basic since usually it only contains 3-6 slats. As a matter of fact this number of slats is usually insufficient to support a mattress by itself (exception - really thick solid mattresses), and box spring is required. Box spring - mattress side box that is covered with mattress-like cloth. Box spring is usually solid, so when it is placed on slats, the weight of the mattress is evenly distributed.

Slat-system is usually the least stable, however, with a boxspring the bed stays very stable. Alternatively user can purchase or make additional slats that would go alongside the bed, this way mattress can be used without a box. It is the cheapest system available, but in general it is meant for people who prefer higher beds. 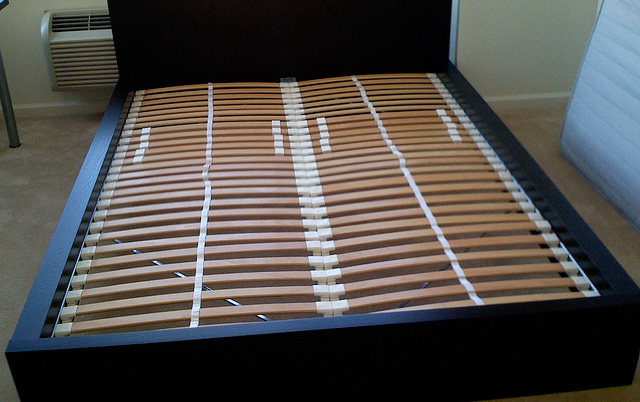 The next type of bedroom platform is used in majority of modern beds. It is solid, Scandinavian type platform that appeared first in Northern Europe, particularly in Sweden. This type of platform usually uses metal frame that is divided in the middle alongside the bed length - and it has a series of shorter wooden slats pre-installed to it. In addition, the frame itself is usually connected to the outer frame of the bed with 4-12 bolts. This platform often also has a separate support legs that are installed to the middle of the frame - this way the weight is not only distributed to the frame of the bed, but directly to the middle of the floor. It is quite obvious this platform type is very strong and virtually absolutely unmovable. 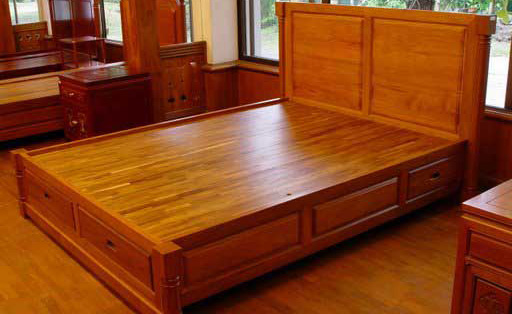 Sometimes, platform bed of modern style use a solid platform instead of slats of any kind. This platform type is also very solid and requires no extra support for the mattress. However, this type of platform sometimes needs extra limitations for the mattress - sometimes mattress can be easily moved on this platform, and most of people would prefer their mattress to be unmovable.


There are also just a 'bed-frame' type of beds that are actually just an outer bed frame that would require mattress + box + separate frame to operate, but we do not sell those.

Back to Furniture Articles page

10 tips to measure up your space

Sets in furniture and why they are great

Why it is better to buy sets
Read more

Area rugs for your home - some tips.

What Coffee Table to choose?

Advices on how to choose your perfect coffee table
Read more

Glass in not really a material for .. furniture - but it really works!
Read more

Sofa beds with klik-klak mechanism - how do they work?
Read more

Traditional or with storage?

A little bif more inside info on our delivery services (really old article)
Read more
Get 10% OFF first order coupon
Ready to SAVE? To get exclusive first order 10% discount coupon enter your email below