IF YOU SEE NO MAIN PICTURE ON DESKTOP WHEN VISITING ANY PAGE PLEASE RELOAD THE PAGE ONCE USING CTRL+R. WE ARE AWARE OF THE PROBLEM AND WORKING ON A FIX. THANK YOU.

Due to COVID-19 Coaster company products can't be delivered currently since warehouse is closed either partially of fully for any pickups. As soon as they open again we will remove this message. We are sorry for inconvenience.

Gabby Rutty
South Orange, NJ
This is by far the biggest waste of money I've ever encountered. Please do yourself and spend your $500 on a couch that is actually worth it. I purchased this couch initially in March 2016, attempted to return it (to no avail) in April 2016, and spent LESS on a BETTER QUALITY couch in August 2017. This couch barely lasted 3 months before I started to feel springs. A little over year before I got rid of it entirely. It's hazardous more than anything. If you have small children I'd advise that you definitely DO NOT buy this as the springs will start to rise after a few months, and you can totally hurt yourself. It's honestly a shame that these folks could even bring themselves to call this a sofa. I wouldn't even give the one I purchased away to someone for free. In fact, I left it right on the curb where it belongs on trash night. Do me a favor, and save yourself. I'm curious to see what the few people who rated it as 5 stars would rate it after a few months of use. If I could rate ZERO stars, I would. Terrible, terrible sofa. 1
DB
Baltimore, MD
Foam broke down after a year or so. Have to be honest, it was great at first but then began to feel springs. Being one peice it is impossible to re-stuff unless you have a garage or backyard and are experienced with reuphostering furniture.2
Ramiro Ortiz Jr
Chester, PA
This is the first time I purchase something online and it was an experience for me and I will purchase from you guys again thank thank you for my sweeper I am comfortable with it thank you again Comfyco5
Comfyco Team:
Thank you :)
Holly
NYC
Not comfortable at all, can feel the springs. Cool feature that it turns into a bed and delivery was good but u get what u pay for. 2
Dan & Shari Brewerton
Towson, MD
Set is as described. We love the fact that it is firm so when we sit down it doesn't sag. This is truly a great buy indeed! What impresses us most is the fact the set can convert into a bed in case we have guests from out of town. Crew was friendly and helpful, had us set up in minutes! Great set indeed! Very satisfied customers here!5
MR
Baltimore, MD
Perfect for my small place! Delivered on time, called to tell me they were on their way, put the sofa where I wanted it, put the sofa together and explained how it worked. Excellent.5
Meredith
Astoria NY
For the price, free shipping, and no tax......can't beat it. I agree that it's not the most comfortable, since the framing is noticeable in the front part of the couch, but it looks great and I'm happy with the purchase.4
JD
NYC
Great looking, but thats where it ends. I am not happy with the softness of the couch. It is very firm/hard and the wood frame inside is very noticeable when sitting on it, especially the front of the couch. Looks-4 stars, comfort 2 stars2
Melissa
NYC
This sofa is a great value. After spending weeks shopping for a sofa I finally decided on this one and I'm very happy with my purchase. It's average in terms of comfort, but it's comfortable enough and looks great!4
Spiro
NY
Excellent couch and delivery service..Very comfortable to sit and sleep on...Thanks.5
Erin A Cash
MA
fast easy delivery, good product5
GP
Elkridge, MD
Couch set is exactly as described. The back of the love seat portion flips down to hold the two ottoman's together to turn it into a sleeper bed. This is a great feature. I wouldn't say it is the most comfortable couch I ever sat on since the seating areas are rather firm. I would say the 3 pillows behind your back and the two arm pillows are quite comfortable. All in all for the price this is a great buy. I have only had the set a limited time so longevity isn't being ranked here.4

P. Gasior
What its the sleeping size of the sofa? Thank you
Comfyco Team:
82 x 62. Thanks.
bob f.
how do you make this into a bed? what parts move? do the seperate peices fit securly in place? do you have a picture of this?
Comfyco Team:
Just take a look into other pictures that come for the product. Thanks.
Joanne
Does this price also include the two ottomans??
Comfyco Team:
yes

Use 'Ask a Question' for general questions about this model, and we will reply to your request within 1 business day

For stock information please call/email or use check stock feature in a shopping cart since stock changes every day.

Manufacturer - Brand - Coaster
4.3 (91 reviews)
Coaster® Fine Furniture doesn't need to be introduced. With 8 general warehouses around US, this is one of the biggest furniture wholesalers in market, both East Coast and West Coast, which instantly means good pricing, quality, availability and very wide choice of everything that can be connected to furniture niche. We are proudly working with New Jersey Coaster Wholesale warehouse. 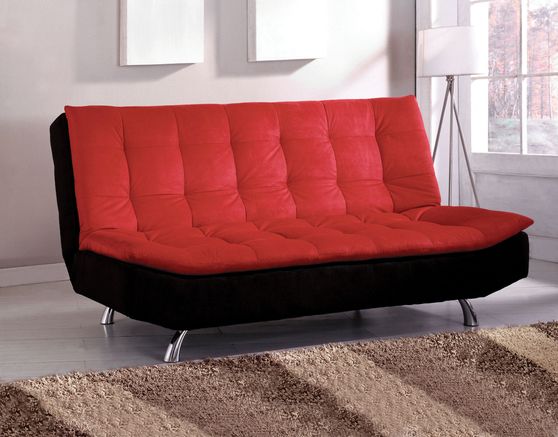 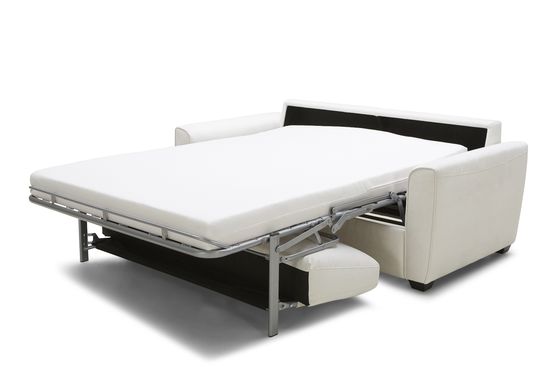 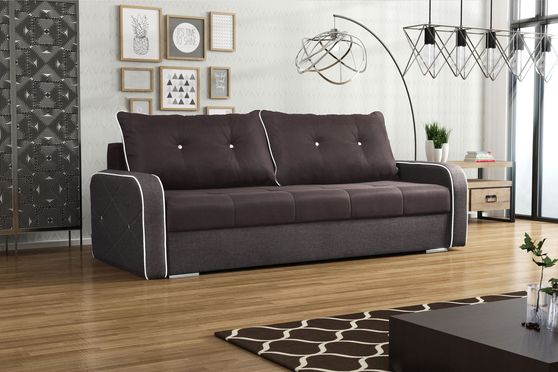 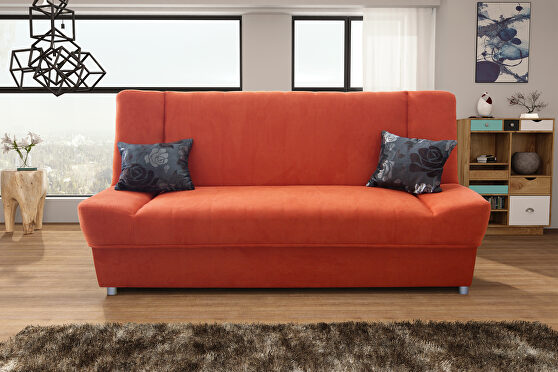 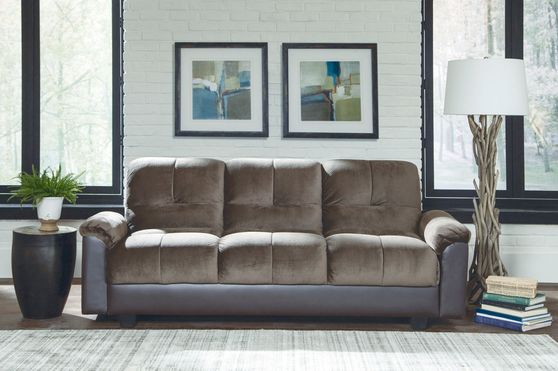 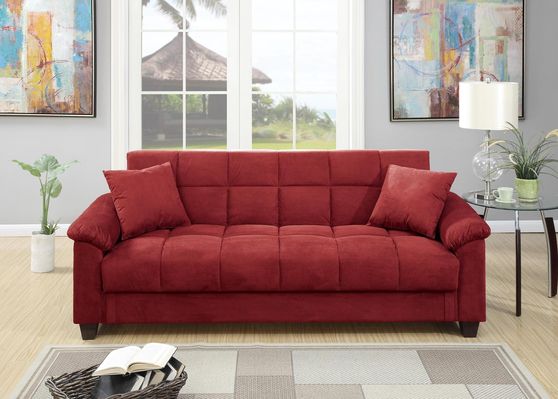 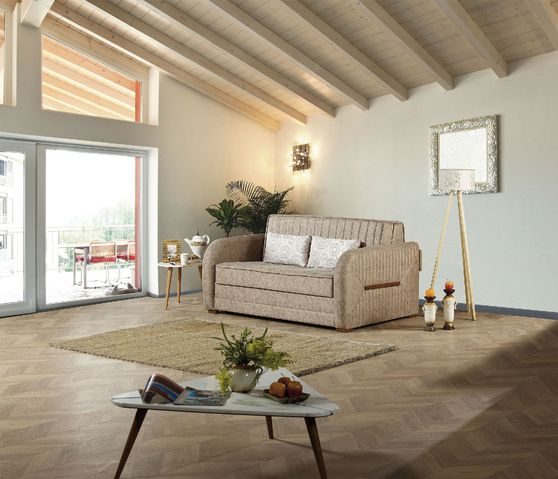 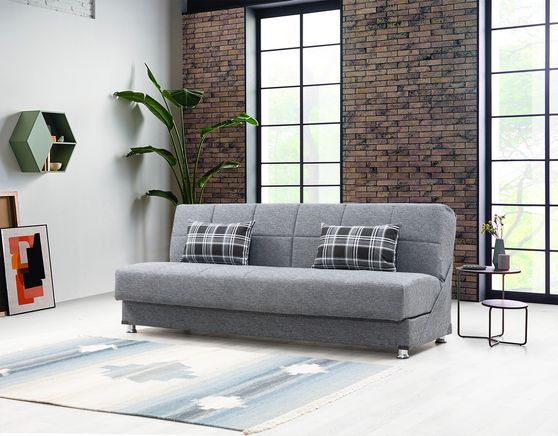 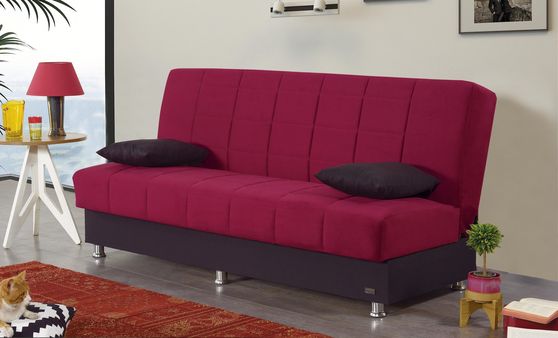 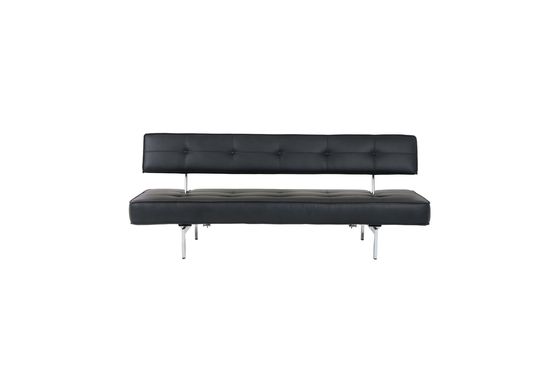